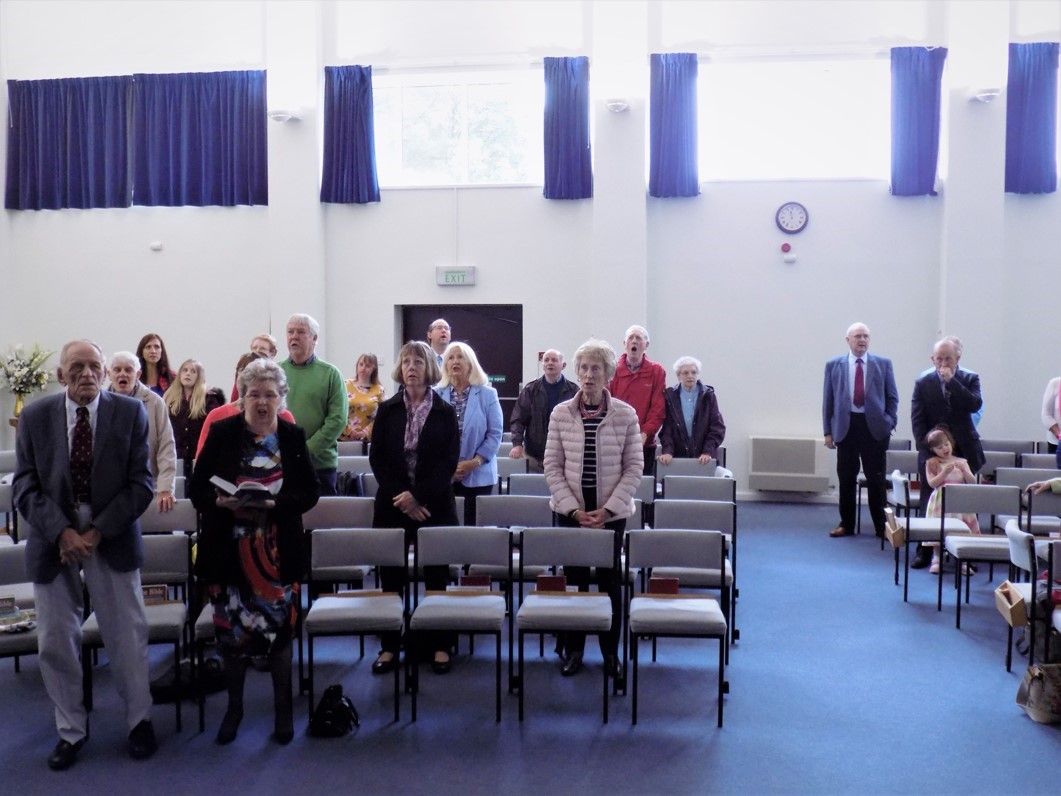 There was relief and joy in the Isle of Man on Sunday 28 June as St Andrew’s URC – along with other Churches Alive in Mann congregations – resumed services: 38 days after the island’s last Covid-19 case.

Voirrey Johnson, of St Andrew’s, explained that many measures had been agreed in the previous weeks but then events overtook them. ‘By the weekend we were at “Be sensible” stage with no restrictions on meeting indoors, no social distancing, and no more need for anyone to be cocooned.

‘However, to help people stay safe we encouraged them to continue to distance by simply blocking off alternate rows of seats. We had hand sanitiser as they came in, and at other places in the church.

‘On our first service back the weather was 12C, heavy rain, and winds gusting to 45mph!’

The family service included photos from the congregation, taken during lockdown, as people looked at how they had coped as families, or alone, with celebration and with sorrow. They looked at what new skills they had learnt, what they had learnt about community and being a church in a different way. 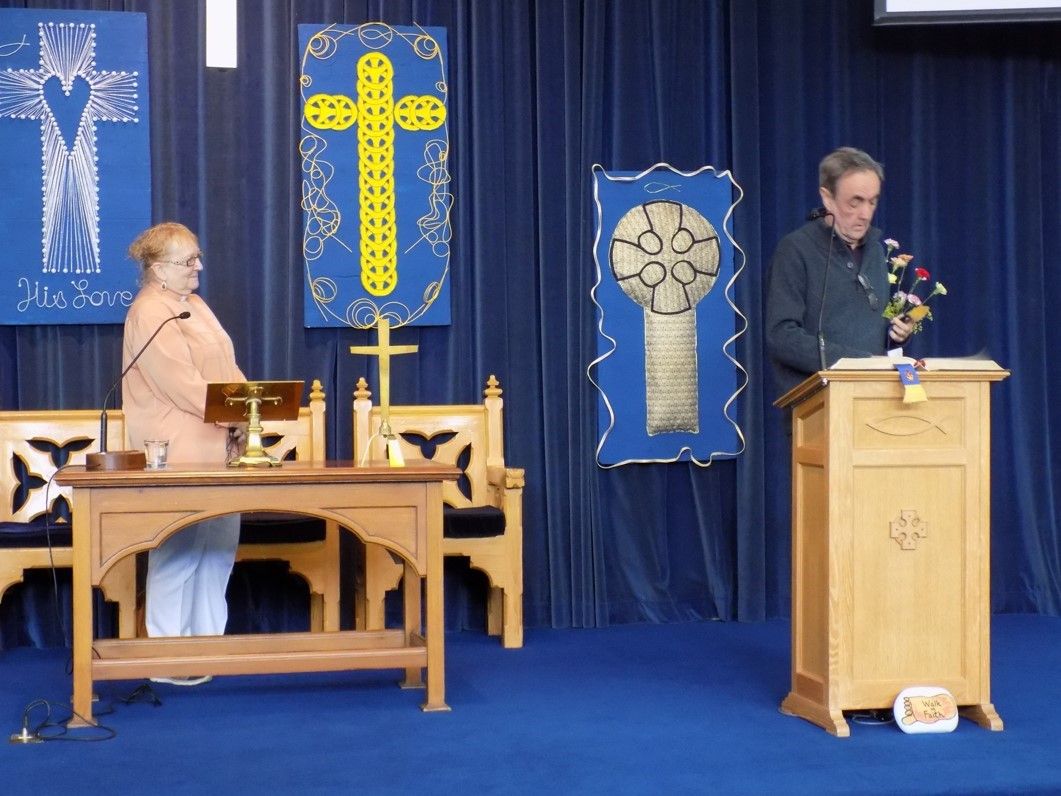 Voirrey continued, ‘There were three hymns and after the service people said that singing The Lord’s Prayer together, and then our sung blessing at the end of the service, was very emotional and meaningful. And the Bible re-entering for the first time since 15 March was a really emotional moment for us all.

‘We didn’t use our coffee room as it’s quite small. We brought tables into the main church and served tea and (wrapped) biscuits. We asked the congregation to leave spaces between family groups, just to be sure everyone felt safe. Rather than pass the collection around we asked people to put their gift onto the plate as they stopped for coffee. The counters wore gloves and used more sanitiser. 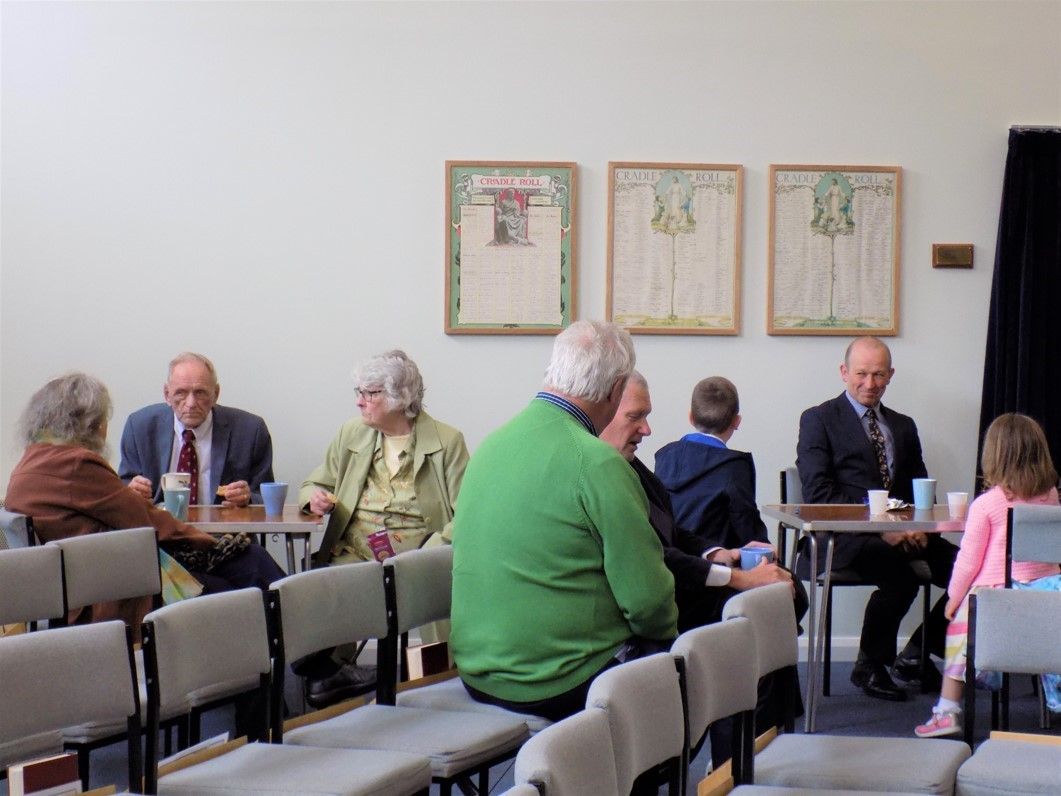 ‘Members of the congregation felt it was the right time to be back together. For those who had been shielding there was no worry about coming back. We had let them know the arrangements in advance, by phone or email.

‘People said how wonderful it was to see someone they knew in person – their only contacts had been on screens, or a shouted hello from postmen or others doing deliveries. But actually a lot of the people who came wanted to talk about how we had been a church together whilst apart. It was very rewarding to know how many had been looking at the website regularly, or catching up via Facebook. We had sent out pastoral letters, Synod info and so on by email mainly, but otherwise printed and posted.

‘Most appreciated were the short services that I had helped our minister Dawn Mather record each week, starting the week after Easter. I was told by one lady, who is still only recently widowed and now living alone, that to see that video every week, and see two familiar faces in the familiar surroundings of St Andrew’s, and hear two familiar voices, was enough in itself to strengthen her. She said that the content of each of the services had been just the right length, pitched so that it really spoke to her, and comforted her greatly.

‘We posted the video on the website, YouTube, and Facebook – and we sent the links to all three out each Saturday evening by email to be sure anyone with internet access could easily get to them.

‘We also found that these services have been an act of mission over the past months – they have been watched not only by a high proportion of the congregation, but by their family members off-island (often at the same time so that they were worshipping together), by members of other churches who did not do anything similar, and also by distant friends and acquaintances. There have been regular watchers in Spain and the USA – one lady in America told me that our minister’s calm voice, and a message that applied the lectionary Scripture reading each week to our current situation, was helping her through living alone in Minneapolis, surrounded by both the virus and the riots, in an apartment with no company but her cat.’

The church will continue to note who comes to the services, in case of a future need to track and trace.