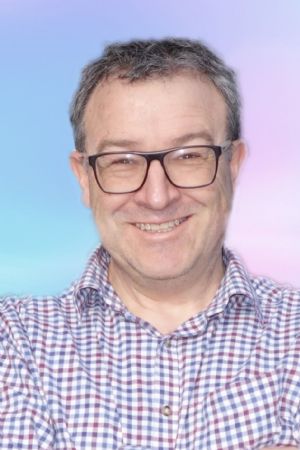 We’re delighted to announce that the Revd Geoffrey Felton has been nominated as the new Moderator of the URC Mersey Synod.

Geoff was born and raised in Higher Bebington on the Wirral where he spent his teenage years before moving away to study. He became a Christian in 1984 at Anfield during Mission England, led by late American evangelist Dr Billy Graham.

Having passed his Geology degree at Portsmouth Polytechnic, now the University of Portsmouth, Geoff worked for six years in the North Sea on various offshore installations as a geologist.

At St George’s URC in Hemel Hempstead, Geoff began to explore his call to ministry by attending the London Bible College and Westminster College in Cambridge.

Geoff was ordained in 2000 and inducted into the Canterbury pastorate in the URC’s Southern Synod, which he served for ten years. He then moved to Plume Avenue URC, his current pastorate, in 2010.

Geoff is excited about returning home to the north west and serving the people of Mersey Synod with compassion and vigour. He said, ‘We live in difficult days, but we have a God who through Jesus Christ is victorious. I’m looking forward to leading the Synod through these post pandemic years – years that will help shape the Church of the future and its witness to a world in need of hope and love.”

The nomination will be presented to URC national Mission Council in March and Geoff will hopefully start in the summer.