God had other plans! 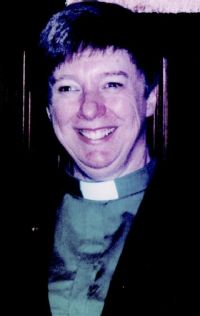 Church has been a part of my life since I was a child.  In 1967, as a family, we all became members of what was then Upton-by-Chester Congregational church.

I was very involved. My sister became a United Reformed Church minister and I was sometimes asked why I did not follow in her footsteps. Me, a minister – No!

But God had other plans. Christmas 1988: Upton was without a minister and there was no one available to lead the Christmas Eve Midnight service. I did it… and then undertook the Exploring the Faith course, becoming a Lay Preacher in 1992.

As time went on, I felt God wanted me to consider ministry so I studied and was ordained as a Non Stipendiary Minister (NSM) in September 2000. I have served in various ways within the Mersey Synod, including being commissioned as an Interim Minister for eighteen months and supporting a Local Ecumenical Parish.

But in the main, I have served as an NSM at:

• a joint pastorate of three churches – Blacon, Chester Road Whitby and St. Georges in Little Sutton (part of the time with and part without a full time minister)

• Hamilton Memorial in Claughton on the Wirral

• and for a second time at Blacon.

For almost ten years I offered ministry and worked full time as a local government officer in a very demanding job. I was able to combine both because of the support by my loving Mum and Dad. When early retirement became feasible, I was able to offer far more time to ministry.

The leading of worship has always been my top priority for Christian worship, closely followed by communication – visiting or telephone contact. When the Coronavirus restrictions meant the church had to close its doors, and with very few of my congregation at Blacon having access to modern technology, the only way to offer worship and maintain contact was by post and phone.

From Palm Sunday 2020, each member of the church family received worship material from me and I spoke to each of my congregation each week.

It has been a great privilege to be a minister. I am glad that despite my initial reluctance, God persevered in his call. I now look forward to becoming involved in my local church and community. I still hope to preach at churches in the wider radius who invite me to do so.

I may be retired, but I am sure God still has a task, with my name on, for me to do!