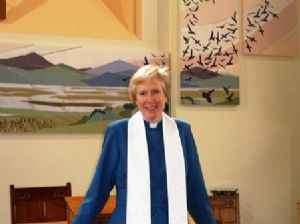 It's been a since the first lockdown in 2020 and URC Mersey ministers have written articles about the challenges – and opportunities – during the last 12 months. Here the Revd Hilary Smith, of Parkgate and Neston URC, reflects...

As with many churches and people we went into something of a state of shock last March when we had to cancel almost everything and find new ways through.

Both churches of which I have pastoral charge have felt the loss acutely of not being able to see each other and worship together, and we had to find the courage to make the sacrifice for the sake of keeping everyone safe.

We have all found it frustrating to be unable to visit people in hospital or care homes, or of course their own homes, but people have stayed in touch via phone calls and the internet. 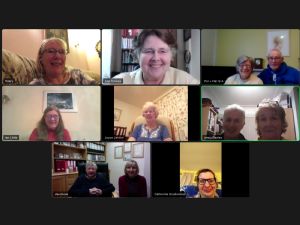 Our weekly services, midweek fellowship group and Bible studies have met via Zoom, and that has opened up new possibilities – we recently had a Zoom ordination, of one of our members into eldership – and people found it very moving because unlike in 'normal' services, everyone could see each other’s faces and the act of laying on of hands took place but this time everyone could take part. It was very special. The Zoom facility also enables people to join in who perhaps would feel trepidation at physically walking into a church.

Synod wide work also adapted – in lieu of the Festival of Worship we held two support and awareness sessions, again via Zoom, focussing on the needs of our friends suffering from dementia, in particular with regard to churches and worship.

We have even managed to 'meet' as an encouraging and enabling team for the Church Leadership Programme, an initiative for any worship leaders around the country. This group normally meet for two weeks in Wydale Hall near Scarborough, and very much depended on the retreat idea, but we had to manage with the circumstances we were in.

Church members have, as ever, stepped up to the plate and looked after the church and each other, with phone calls, messages, gifts and prayers. We have continued to support Asylum Link, the West Cheshire Foodbank, Christian Aid, Water Aid and the Women’s Refuge, either as part of organised appeals or as individuals.

People have printed our weekly church services and the church magazine, taking them out to people and enabling our worship and fellowship to continue.

We had been planning so much, and it has been difficult to adjust, but it has also made me realise how blessed we are with our church family, that we would normally share so much together. Please God we will be over this crisis soon, and we will hear other people singing and laughing around us again.

Funerals have been some of the most difficult things to manage, with the restrictions preventing us from normal lines of communication and fellowship, and another great loss was our Cameo group, a weekly meeting time for those suffering from dementia and a respite time for their carers. The lady who runs the group is employed separately as a carer for some of the members of Cameo, and so she has continued to see and look after them.

Christmas was very different, with having to worship at home, but the singing of the familiar carols helped us remember that whatever changes in the world, some things are unchanged, and God loves us and remains faithful and constant. People continued to make Christmas special for the community, by, amongst other things, knitting angels, putting lights in windows, decorating the church and sending cards.

We look forward with some concern but also great hope to a future in which we will be faced with challenges of adjustment but with God’s help we will succeed. Some of our new ways of 'meeting' will hopefully be taken forward as our outreach via the internet has drawn more people to Christ.