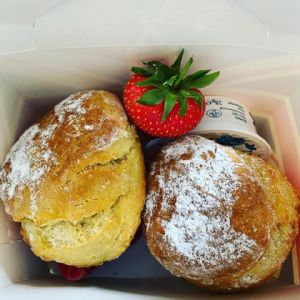 Sue Eaden, of Lymm URC and Outreach Officer for the ecumenical Sanctuary Café, based out of the church, explained that the Café wanted to help their senior customers celebrate VE day despite lockdown.

“We offered to send out cream teas for a donation towards our current heroes in the NHS. With good feedback on Facebook, we decided to attempt around 200 cream teas plus gingerbread men for younger customers. Lymm British Legion then got involved and offered to pay for publicity – with 5,000 leaflets hastily delivered to local homes up to the day. By then the idea had just snowballed!

“Numbers grew to around 400 by the end of the first week, and continued to the day itself, with people still ordering on the day!

“Realising we couldn’t do this on our own anymore, a small army of bakers (observing all additional hygiene rules in our current climate) and deliverers were recruited.”

During the week a team of socially-distancing volunteers decorated bags and boxes with red white and blue ribbons, and tags telling people they were being thought of and prayed for. On the day these were filled with scones, jam, clotted cream and fruit, and then delivered across the areas of Thelwall, Appleton, Warrington and Cadishead. In the end, over 950 people, mostly elderly, young or vulnerable residents of Lymm and area, had a surprise treat on VE day – a free cream tea delivered to their doorstep. 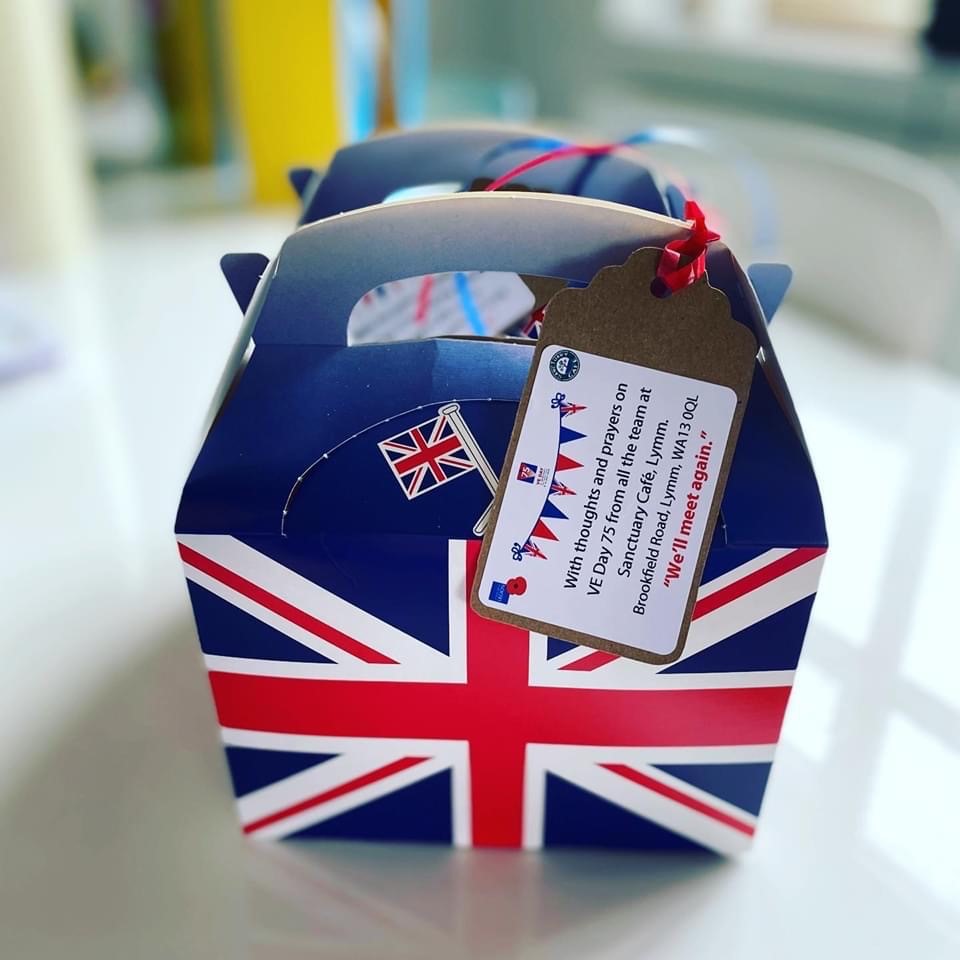 A local care home had a delivery of 30, while orders came from as far away as Glasgow and Great Sankey, where former Lymm residents now live.

“The feedback in texts, phone calls and social media has been amazing, and from now on Sanctuary Café will be offering a delivery of Afternoon and Cream Teas, or even just cakes and slices. All in all, a GRAND DAY IN!!!”

With match-funding from a national bank the Café also raised money for the Lymm Leave No-one Behind initiative. The current total is around £5500.

You can still make a donation at https://www.justgiving.com/campaign/VEDayCreamTea until the end of May.